10 Beautiful Airports Worth Changing Your Travel Plans To See [EXPIRED] 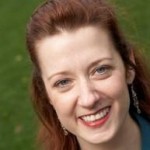 (Offers on this page are now expired and are no longer available.)
No one likes to spend more time than necessary in an airport, but if you have a choice, it’d be nice to arrange a flight that passes through one of the best airports in the world. Skytrax, a website that ranks and reviews airlines and airports, has just released its annual list of the top 100 airports in the world.

The self-described “Oscars of the aviation industry“ are based on the survey results of nearly 14 million passengers from 105 countries and cover 550 airports across the globe. There are 39 attributes on the questionnaire, including such things as comfort, service level of airport staff, shopping options and bathroom locations. Here’s a closer look at the top 3:

The year 2017 marks the 5th year in a row that Singapore’s Changi airport took home the number one spot for the best airport in the world. That comes as no surprise to anyone who has ever had the pleasure of spending time in one of Asia’s most beautiful and smoothest running transportation hubs. Changi Airport Singapore is the 16th-busiest airport on the planet. It won rave reviews for its plush amenities, stunning architecture, efficient staff and the plentiful shopping and dining options.

Even if you don’t have a premium credit card like the Chase Sapphire Reserve with Priority Pass Select lounge membership to get you into a comfy lounge, you won’t miss it at this airport. That’s because Changi even features movie theaters, spas and an indoor butterfly garden. Some would say that Singapore’s airport is a destination in its own right.

Not only did this airport come in as the number two best airport in the world, it also won the award for cleanest airport. In addition to its clean facilities, passengers praised its helpful staff, good selection of shopping and restaurants and relaxing ambiance. Flyers also noted that, unlike at many airports, the prices at restaurants and snack shops were reasonable and not overly inflated.

This year South Korea’s main airport was knocked out of the second spot down to number 3. It rated highly for its accessibility (signage in numerous languages), friendly and helpful staff, modern looks, cleanliness of the washrooms and the shopping choices.

The other airports that rounded out the top 10 were:

Sadly, yet again, no airport in North America made the top 10. Vancouver Airport was the top-ranking North American airport, coming in at number 13.

Sandra MacGregor Sandra MacGregor has been writing about finance and travel for nearly a decade. She is also a former magazine editor and an internationally-published writer, whose work has appeared in a variety of publications like the New York Times,...
All Articles
View:

Rumor: Is the MQD Waiver for the Delta SkyMiles Card Ending Next Year?